“Ravenous on the Riviera is a great, fast-paced page turner. I didn’t set this book down while reading it, not once… I was sucked into the story.”

“An instant connection can change your life… The characters were intense… I’m extremely interested in seeing where this series goes.”

“If you’re looking for instalust, steamy scenes, and laugh-all-the-time, this is the book. Jake and Cee Cee are so funny and good together. A single glance and everything change for both of them. Zap! and Zing! You need to read this… What happens in the Riviera stays in the Riviera!”

“A steamy story of instant attraction with quick wit and sexy internal dialogue from the FMC and MMC, Ravenous on the Riviera is a must read!” 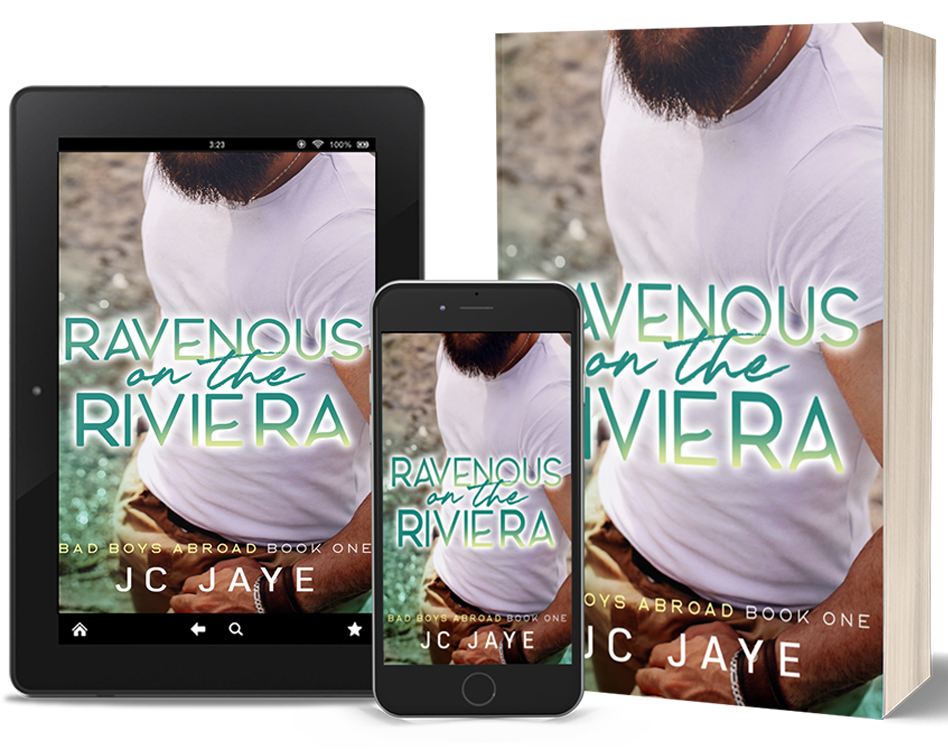 RAVENOUS on the RIVERA

He’s big, bearded, and badass, hiding out in paradise.

Taciturn Alaskan pipeline hotshot Jake Sloan traveled halfway around the globe to escape tragedy and betrayal. Plans of kicking around cobblestone streets for a few weeks morph into an on-the-spot hire as head groundskeeper at a swanky chateau resort. The snobby guests are as tough to swallow as the slimy snails, but the scenery just got a helluva lot better, in the form of a gorgeous, golden-eyed goddess.

She’s resigned to the bridesmaid blues, but that changes rapidement.

Cee Cee Butler has signed up for bridezilla servitude to her cousin in exchange for seven days on the famed Cote d’Azur. It’s no cakewalk, but the waitress/wannabe author vows to be the perfect maid—until she locks eyes with the brawny ex-pat slinging the suitcases. One shared glance with the dead ringer from her filthy French fantasies is all it takes to send her virtuous intentions packing, and flames ignite before the sun sets over the Med.

Instalust swiftly turns to instalove. But clouds loom on the idyllic horizon…